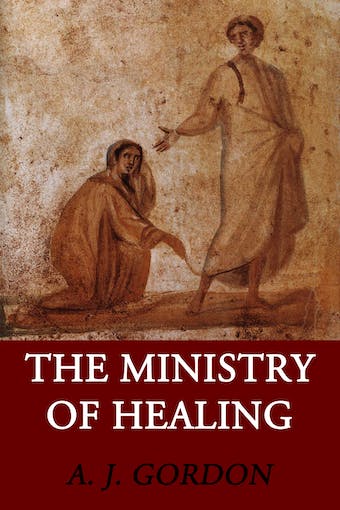 The Ministry of Healing

The Ministry of Healing

Have
there been any miracles since the days of the Apostles? To this question the

common answer has been, in our times at least, a decided no. A call recently
put forth in one of our religious journals, asking the opinion of ministers,

teachers, and theological professors on this point was very largely answered;
and the respondents were well-nigh unanimous in the opinion that the age of

miracles passed away with the apostolic period. The statement contained in
several of these replies gave evidence indeed that the question had never been

deeply investigated by the witnesses. In some instances there was a perhaps
unintentional evading of the issue by the question “What is a miracle?” But

there were only one or two replies which gave countenance to the view that
miracles are possible in all ages, and have appeared more or less numerously in

every period of the Church’s history. If, then, the little book which we now
send forth shall win any assent for its views, it will not do so, in all

probability, because its sentiments accord with the opinion of the majority of
the theologians of the day.

It is therefore no enviable
task which we have undertaken. The demand of the times is rather in the

contrary direction from that in which our conviction carries us. “The strongest
requirement now pressing on the Church is for an adaptation of Christianity to

the age,”—so we read not long since. How presumptuous it will look, in the face
of such an utterance, for one to set his face squarely in the opposite

direction, and insist that the greatest present demand is for the adaptation of
the age to Christianity. And not that exactly; for “this present evil age” can

never be made to harmonize with a religion that is entirely heavenly in its
origin, in its course, and in its consummation. But we trust it will not be

presumption to say that the Church in every direction needs to be reshaped to
the apostolic model, and reinvested with her apostolic powers. For is it not

apparent that between the indignant clamor of sceptics against primitive
miracles, and the stern frowning of theologians upon any alleged modern

miracles, the Lord’s people are in danger of being frightened out of their
faith in the supernatural? We speak of what we have often noticed. A

response to which he alleges that God has wrought marvelously; and then we
notice the slowness and shyness with which Christians turn their ears to the

story, and the glances of embarrassment amounting almost to shamefacedness
which they cast towards the minister, as though appealing for rescue from the

perilous neighborhood of fanaticism to which they have been drawn. This we have
often observed, and on it we have pondered, and from it we have raised the

question again and again whether the Church has not drifted into an unseemly
cautiousness concerning the miraculous. As a religion which is ritual is sure

providences, insisting on their being draped in the habiliments of decent cause
and effect, and attired in the surplice of natural law and order, lest God should

“make bare His holy arm in the eyes of all the nations.” “The world dislikes
the recurrence of miracles.” Yes, without question. For the world which “by

wisdom knew not God” is very jealous of everything which it cannot explain or
reproduce. “A miracle is something very embarrassing to mock professors.”

Doubtless; for it brings such people uncomfortably near to God. Accustomed only
to such manifestations of the Infinite as have been softened and assuaged by

passing through the medium of the natural, they cannot bear this close
proximity to the Cause of causes. “He that is near to me is near to the fire” is

one of the sayings which Apocrypha puts into the mouth of Christ. How shall
they whose feet have never put off their shoes of rationalism and worldliness

come near the burning bush, and into open vision of the “I AM”?